The drink known as the Sour has gone through countless iterations over the centuries. I thought of organizing this by time period, instead I opted to go simply by the level of complexity and adding a few variants once the foundation has been laid. The Sour has gone through so many modifications and iterations it's near impossible to pinpoint a date when the trends changed. The origins of the sour as an individual cocktail and not a punch probably started around the 1850's. This was most likely done by sailors drinking rum while trying to fight scurvy with citrus juice and adding sugar to make the drink taste good. It was certainly after World War II, in the 60's, when store-bought sour mix became widely popular. Eventually, it even made its way onto some of our soda guns. In the nineties bartenders started exploring the idea of fresh ingredients once again. 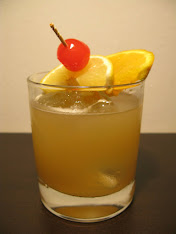 Modern
The first recipe I ever learned was 1 oz Whiskey and 2 oz of Sour Mix. This was shaken and served in a rocks glass with ice. It was mentioned that this could be served up, but most people took it on the rocks. Most people I saw wouldn't even really shake this, especially if it was going on the rocks. They'd just give it one or two shakes and dump it in.  They thought that shaking was to chill a drink. No, it's to blend the ingredients and to incorporate air, adding texture. To cite a blog that helped inspire me to start this, Death to Sour Mix. Assuming you use a prepackaged store-bought sour mix, this should just be called a sour, as you can't taste or appreciate whatever liquor is in the drink. The chemicals and sugar content in that mix just destroys the integrity of the other ingredients. I did learn how to make a simple sour mix however and that's where we get into the real recipe.

Classic
This drink follows much more closely to the classic cocktail bars. I eventually learned a true recipe for this drink. It being 2 oz. Whiskey, 3/4 oz. Lemon Juice, and 3/4 oz. Simple Syrup. It's shaken good and hard, strained or double strained, and served up or on the rocks. This is an example of proper balance. A drink should have an equal balance of sweet and citrus. This while maintaining a respect for the alcohol makes a proper ratio of ingredients. This is a bit stronger than the standard drink ordered at the bar today. It's about twice the ABV of a whiskey ginger or similar highball. This is much more in line with cocktails and less focused on speed of production. Store bought sour mix was created to increase the speed of drink production and to eliminate a lot of the prep work that would need to be done every day, namely squeezing fruit and making syrups. But losing the craft means losing the character of a drink. 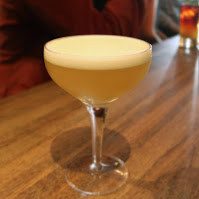 Traditional
This drink took a little adjusting to when I first heard about. It took a bit of a leap in order to try it, but to my amazement, it was really good. To this day, there are very few Americans that know about using egg white in cocktails. People think that the drink will taste like breakfast or egg nog. Neither is true nor are you at all likely to get salmonella. So, what does the egg bring to the table? The proteins in the egg while unravel and create an amazing silky texture and decadent foamy cap. This kind of cocktail should use the same recipe as the Classic Sour but add the white of one egg, or about 1oz. of egg white. You can't just shake a drink with egg white normally though if you want the best consistency. You need to shake the drink without the ice first to blend the cocktail and open up the proteins. This is called dry shaking. Once you do that, you shake normally with ice to chill the drink and usually double strain into a sours or cocktail glass. Most people think that the beautiful foam that comes from using egg white is lost when the drink is served on the rocks, but it can be done.
Other Great Variants
The Stone Sour is a very fun variation which uses orange juice as well as lemon and simple syrup. A Gold Rush uses honey instead of simple syrup. The New York Sour is one of those drinks that just keeps adding to a great drink. It's a classic or traditional whiskey sour served on the rock with a float of red wine. I always find this drink very odd when made with egg white and red wine floated on top of the foam. I prefer it made without the egg white and served on the rocks. The ice makes it much easier to float the red wine. I also find that a layered presentation works best with more cylindrical glasses, rather than martini glasses or coupes. There is also the Fix, which is just a sour made over crushed ice. A John Collins is just a tall whiskey sour topped with club soda. A Fizz is the same thing but also using egg white to create a very fluffy foam on top.

“Sometimes life is sad. You can cry in your booze if you want. I think that’s called a Whiskey Sour.”
- Jarod Kintz
Photo Credit: Wikimedia
Posted by bootslof at 1:18 PM