Whisky, the drink of the rebel, warrior, and the criminal. Rebellion and innovation. 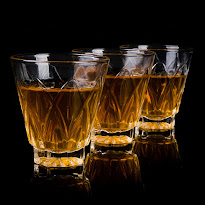 There's much debate over who first created whiskey, the Irish, the Scots, the Italians, and some even speculate the Chinese. What can't be argued is who mastered the whiskey culture first: the Scottish and the Irish. For the record, the Scots were an Irish tribe, to quote Billy Connolly, a sort of mentally ill Irish tribe. "Come on lads, I know an even rainier place." The Celtic tribes were a famous warrior culture, barbarians who ran into battle naked and screaming. Not to stereotype, but to this very day the Irish and the Scots are known for fighting and roughhousing, from the IRA to your highland games and bar room brawls. The Celtic tribes fought against everyone from Rome to Great Britain. They were rebellious, they refused to be conquered and didn't care much for how they appeared to their enemy, so long as they were scared.

The Irish and Scots began distilling whisky around the beginning of the 15th century, over 600 years ago. This was just the infancy of distillation. In the 18th century, the union was created and a British tax on whisky malt was issued. The Scots weren't one to accept that and they decided to break the law. They were the original moonshiners, hiding the smoke from their illegal stills by distilling at night. When many passionate whiskey makers came to America the same lifestyle continued. 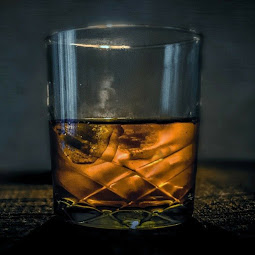 The Scottish and Irish immigrants found the rye fields of Pennsylvania very bountiful and began their old tradition. During the American Revolution, whiskey was used as currency. George Washington ran a distillery, the king of the rebels. Canadian whisky actually came to be slightly popular by dodging taxes and prohibition.

Whisky has always been a mellowed, but still, harsh spirit drank by rebels, fighters, outlaws, and criminals. From the businessman or politician sipping a scotch after a harsh day of cutthroat negotiations, to the moonshiners of today, doing it because they know it's against the law and that it's great fun, whiskey will be a part of a fighting culture for a very long time to come.

This is going to be a part of a series I'm doing about how different spirits appeal to different cultures and personalities. Check out my other posts on Rum, Tequila, Gin, and other liquors and liqueurs. Much of what I'm posting has been opinion, much of it generalized and is not meant to be thought of as fact.
P.S. Here's a little song about whisky, the single malt, and all the horrible things Americans have done to a truly blessed creation. https://www.youtube.com/watch?v=aVvkZ_6TQMA