A lot of people just regard tequila as one simple spirit and in fairness, many cocktail recipes do see it as such. When a recipe calls for tequila it is usually totally up in the air whether it would be best with an aged tequila or a Blanco, a mixto or 100%, or even nice mescal instead. Tequila does have a number of distinctions strictly enforced by the Mexican government.

First things first, all tequila is mescal. Mescal is the technical term for a spirit made from the Weber blue agave plant. tequila simply has to come from the designated tequila regions.
Tequila breaks down into five basic classifications, as well as two extra categories. The first classification is silver tequila, also sometimes called platinum, Plata, white, or Blanco. Blanco style tequila is unaged and thus has a totally clear color and a sweeter finish, free of any harsh smokiness. The next grade is Reposado, or rested tequila. Repo tequilas are aged for between two months and a year. They develop a slightly yellow or golden tint to them and have a balance of sweet and smoky flavor, creating a nice balanced complexity. Anejo tequila is aged between one and three years. It has a nice rich yellow color and a rich smoked flavor like some milder whiskeys or aged rums. Extra Anejo is the classification for any tequila aged longer than three years. Extra Anejo can sometimes shift in color so dramatically it becomes as brown as whiskey on brandy. Many premium extra Anejo tequilas are aged in specially selected used barrels to infuse that old flavor. The Patron Burdeos uses old French Bordeaux wine barrels giving the tequila flavor notes of brandy, making it ideal for sipping straight. 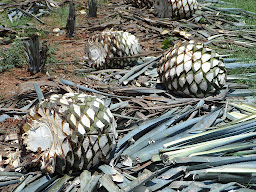 You may have noticed that I only listed four classifications there. The last classification is Gold or Joven tequila. When tequila is aged it takes a bit of work. It adds complexity to the tequila. Aged tequilas, those that have that yellow color, thus tend to cost a bit more. When a bartender picks up a bottle of tequila and pours out that gorgeous gold liquid instead of clear, you knew you were getting the more complex and expensive brand product in your cocktail. Gold tequila decided to bank on this idea. They took a Blanco tequila and added caramel food coloring and flavoring to attempt to give it the appearance of aged tequila. These tequilas are usually much lower quality mixto tequilas and tend to result in the poor experiences many people associate with tequila.
Lastly, I come to mixto tequilas, a separate way to distinguish types of tequila. The majority of tequila companies make their tequila with only 100% Weber blue agave. Mixto tequila means that you are not using only the agave plant as the only sugar in distillation. Mixto tequilas use sugarcane and other sweeteners while maintaining at least 51% agave. Essentially if you don't see the words 100% blue agave on the bottle, you can assume only half the bottle is actually pure tequila. Many people often associate blended sugars with how many people get hangovers after drinking low-quality tequila.

"Tequila. Straight. There's a real polite drink. You keep drinking until you finally take one more and it just won't go down. Then you know you've reached your limit."
- Lee Marvin