Tequila has always been associated with tradition and family.
First just a quick snippet on the difference between tequila and mescal (mezcal). All tequila is mescal. Tequila simply has to be made in the designated tequila regions. Tequila has been a bit better distributed globally and is usually seen as a more premium style, much like the differences between champagne and sparkling wine. 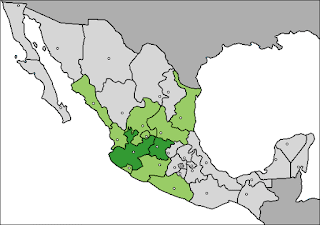 When I think of tequila and mescal I think about the old west. People wearing big hats, working with their hands, and doing everything from scratch is the face of tequila. Tequila is fairly unique in that, to my knowledge, it is still dominantly, if not exclusively, harvested by hand, with next to no help from machinery at all. Many wineries have switched to mechanical harvesting. Whiskeys, vodkas, and other grain-based alcohols have been using massive threshers and harvesters. With tequila, it's still the jimador out there in the fields with the donkeys. Taking their bladed coa carving off the leaves of the agave is a very daunting task. Jimador families have been training their children in the craft for countless generations. It's long days in the sun, heavy lifting, decent chance of injury, and it's not the highest paying work. But it is the tradition.

That handcrafted element carries on into a lot of aspects of tequila production. I'm going to reference Patron here, as I've done some work with them. Not only do they employ family harvesters, but the craft of their distillation is also quite traditional. When they wanted to increase production past their original small factory, they didn't buy a larger facility, they built an identical factory right next door, using the exact same water source and the same methods. Their new line of Patron Roca actually uses the original volcanic stone to mash the cooked agave to get all the juices out. admittedly this is now pulled on a rope by a tractor instead of a poor donkey. The bottles are hand blown and every one is unique. It's definitely true that not all tequila companies do this. Many use mechanical shredders rather than a stone, and I'll happily say that I don't think a hand-blown bottle makes a product taste better. But it's a part of the culture of tequila for me. Tequila recipes really were tinkered with or touched all too much until recently when some flavored tequilas started coming out.

This is going to be a part of a series I'm doing about how different spirits appeal to different cultures and personalities. Check out my other posts on Rum, Whisky, Gin, and other liquors and liqueurs. Much of what I'm posting has been opinion, much of it generalized and is not meant to be thought of as fact.
"Take life with a grain of salt, a slice of lime, and a shot of tequila."
Photo Credit: Pikist, Wikimedia
Posted by bootslof at 10:11 PM