Brandies come in all shapes and styles. There are all flavors of brandy out there, but the tradition has always been grape brandy. Wine is weak, it goes bad. A true spirit gets rid of the extra water and burns a bit on the way down. I get confused when people say that they don't like brown spirits, but like wine. Brandy is just a more pure wine with a bit less sugar that is usually aged for a bit. 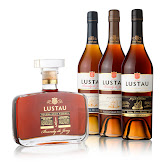 Brandy
Brandy is a very broad term, just like whiskey. Brandy essentially just means any spirit made from distilled fruits, fruit juices, or bits of fruit. Some brandies are simply distilled grape wine. Pomace brandy takes the leftover grape pulp after they make wine, and ferment and distill that. Others will utilize fruits and berries, or a blend thereof. Most brandy you see will be aged distilled grape wine brandy. Not all brandy is graded, but many grape brandies will choose to advertise their age in the form of a grade, such as VS, VSOP, or XO.

Cognac & Armagnac
Cognac and Armagnac are simply varieties of grape brandy from a certain region. Cognac is fairly regulated in that it has to use certain breeds of grapes grown in certain regions of western France. It is twice distilled and aged a minimum of two years in French oak barrels, again with wood only from certain regions. Otherwise, it's not cognac. Cognac is seen by many to be the most premium form of brandy. It does certainly seem to cost the most. If you're a fan of hip-hop music you've probably heard of the four big cognac making families: Courvoisier, Hennessy, Martell, and Remy Martin. These four brands run over 90% of the cognac market. Armagnac is made in southwest France. It tends to use a slightly different blend of grapes and uses column stills rather than the pot stills used in cognac. Armagnac is not dominated by big brands like cognac, but that does mean that most small producers don't have much distribution into other countries.

Pisco
Pisco is a spirit typically made in parts of Peru and Chile. It is a pomace brandy which means it is made with the recycled pulp of wine grapes. After the majority of the juice is extracted the pulp still has enough sugar to extract and ferment. Pisco is typically clear in color but can occasionally take on a slight gold or amber color. It was developed by the settlers from Spain as a slightly more premium alternative to Orujo, a pomace brandy they would import from the homeland. It bears a flavor and aroma very akin to fresh wine grapes. It's typically completely unaged so it doesn't change do much from the original product. It is, of course, quite a bit stronger, and when you find a smooth one you ought to be careful.

Grappa
Grappa is an Italian style of pomace brandy. After wine production, they take the skins, pulp, seeds, and even stems of the grapes and distill them. Grappa is a protected term similar to cognac. Grappa must be made in Italy, from pomace, and no additional water can be added during fermentation and distillation. This makes for an interesting method of steam distillation to avoid burning the pomace. As with most brandies, it's traditionally served as a digestif, after dinner, sometimes with coffee. It too bears a strong wine aroma and some grappa will even advertize the variety of wine grape they use, such as Grappa Alexander Cabernet.

"Call things by their right names - Glass of brandy and water! That is the current, but not the appropriate name; ask for a glass of liquid fire and distilled damnation."
- Robert Hall
Photo Credit: wikimedia
Posted by bootslof at 11:45 AM