These shots are not meant to be taken by you, okay. They are meant to be served to your stupid friends. That said, everybody has their own tastes. Once in a while you may just get a taste for a whole raw egg in your drink.

Cement Mixer
1 shot Bailey's, 1 shot rose's lime juice
Pour the shots into two separate glasses
This shot is like a baking soda vinegar volcano from grade school, except in your mouth. The cream base of baileys reacts poorly to the citrus of the lime juice. The way you drink this shot is to drink one shot but hold it in your mouth and then take the second shot. You swish the two together in your mouth. As they mix, they curdle. It turns chunky in your mouth and tastes of spoiled milk. Most people will just spit this right out if they're not sure what to expect. 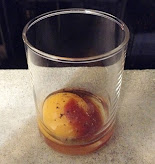 Pour the bourbon into a rocks glass without ice. Crack the egg into the glass. Add a dash or two of Tabasco. Sprinkle a little salt and pepper for good measure.
This is a pretty weird one. There are many variants to this as well. Some don't use and liquor and others add Worcestershire sauce. A prairie oyster was slang for a fried bull testicle. This still exists on some menus as an appetizer. Raw egg bothers some people, others are fine with it. Many people will actually take this shot as a hangover cure.

Soy Sauce
1 part Jagermeister, 1 part Everclear or devils springs
Swirl the ingredients in a tin with ice, strain into a shot or rocks glass. Or serve it in a novelty syringe
This was created by a dear friend of mine Shane. This really is not a shot for the faint of heart. It is crazy high proof and if you don't like Jager, you're screwed. Shane made this as a combination of two of his favorite things and we named it out of a reference to one of his and now my favorite books, John Dies at the End. In JDatE, there is a drug called the sauce. whose effects aren't entirely known, but whose side effects are quite interesting. It be opening doors to another world, man. This was a few friends' first drink at lousy parties. They'd take this and it would kill their taste buds so they could down jungle juice and cheap beer all night. Oh, please drink responsibly. 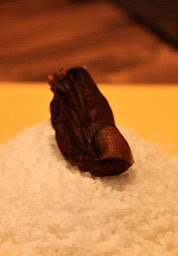 The Sourtoe Cocktail
1 large shot of anything, garnish with a toe
Pour the shot, throw in the toe
Drink it fast, drink it slow, but the lips have to touch the toe. This started in a little hotel bar in Alaska. It started as a variant of serving an oyster in champagne, only instead of an oyster, it was a severed human toe that was dehydrated in salt. These days it is no longer served in a beer mug full of champagne. It's served in a shot glass with whatever liquor you'd like. Good luck finding a severed human toe at your neighborhood bar though.