Hopefully, by now you have a decent grasp of what rum is and how it's made. Rum has been an amazing asset to the drinking man's lifestyle since long before prohibition, and, of course, throughout and afterward. Any rum drinker ought to know some of the classic historical rum drinks that inspired so many drinks of today. 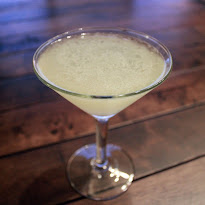 Shake all the ingredients in a mixing tin with ice. Strain into a chilled cocktail glass. Garnish with a lime wheel.
The Daiquiri takes its name from the Cuban mining town of Daiquiri. It was simply created with the three most abundant ingredients they had on hand, limes, sugar, and rum. The daiquiri is simple, and that's what makes it so beautiful. Over the years, bartenders and hobbyists have invented an amazing array of daiquiri recipes including berries, lemons, mangoes, and other flavors. In many supermarkets, you can even find strawberry daiquiri mix (which is essentially just strawberry puree with a bunch of other sugars and chemicals). Start with a simple canvas, and then play and add your own colors.
Caipirinha
2 oz. Cachaça, 4 Lime Wedges, 3 Spoons of Sugar

Slice a lime along the equator cleanly in half. Take a half and slice that into quarters. Add the sugar and the cut pieces of lime to a glass and give it a firm muddle. The juice and sugar should start to form a slight syrup. Add cracked ice and Cachaça to the glass and give a nice stir.
In terms of flavor, this drink is nearly identical to the daiquiri. The three ingredients are nearly identical: water, sugar, lime, and of course rum, at least each region's styles of rum. You'll probably find that this drink is much sweeter, and yet at the same time a little harsher. Because the Daiquiri is shaken it feels a bit lighter and airier. This drink also uses the whole lime, skin and all, as well as the pith which creates a new flavor altogether. Again, many bartenders have played with this drink, adding other flavors to give their bars a sense of fun and uniqueness. 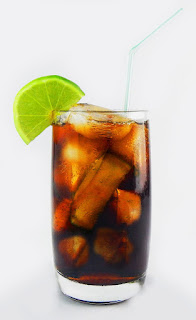 In a highball glass filled with ice, simply add one part rum and then fill with 2 parts cola. Garnish with a lime wedge.
As Tom Cruise said, "You bitch, why didn't you tell me it was a rum and coke." This drink is so common in popular culture, people sometimes don't bother to learn the history behind the drink. Translated it means "Free Cuba". Many people throw this drink back to the story of Teddy Roosevelt. During the Spanish-American war, Cuba was a battlefield. The Americans and Cubans worked together to defeat the Spaniards and get Cuba's independence. The merging of American cola and Cuban rum (Bacardi at the time) lead to the Cuba Libre. Also, if you'd like the reference, coca-cola in those times still had cocaine. There are a few plot holes in this story in the Coke wasn't exported into Cuba until a decade after the Cuban liberation, but it's not impossible to believe that American soldiers brought Coke with them.
Mojito
2 oz. Light Rum, Sugar, 3 Lime Wedges, 3-5 Mint Sprigs, Soda

Add three bar spoons of sugar to the glass. Then add 3-5 mint leaves and the lime wedges on top of the sprigs. Muddle the contents applying pressure to release the oils of the mint. Add 2 oz. of light rum and fill with ice. Stir the drink, top with soda, and garnish with a mint stalk.
The mojito has had an odd rise to popularity. For some time, it was regarded as a fairly posh, or even gay drink. It requires fresh ingredients and has a light crisp fruity note to it. The origins of this drink might actually date back to the 1500s in Havana Cuba. You'll note that a great many rum drinks originate in Cuba. In the ocean and sea around central America, disease and scurvy were very common. Limes were used to fight scurvy, and rum was used to fight a number of other conditions. Add some sweetness and a bit of mint and bubbles, throw it on ice and you have yourself a Mojito.