There is an amazing spectrum of rum out there today. From aged to spiced to flavored to over-proof and regional rums like Cachaça, it's hard to know what will best suit your cocktail creations. 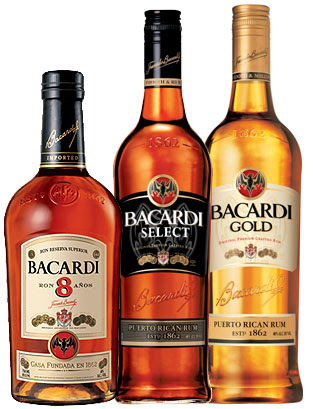 There are a number of variables to keep in mind when choosing a rum. The main one I would argue is the age. Much like tequila, rum can be totally unaged or can be aged in barrels. Some rums are aged up to fifty years. The staple rum in America, Bacardi Superior is unaged, but even they have a whole line of aged rums. Aged rums tend to develop a slight caramel and vanilla flavor, like many whiskeys but tending not to have a smokey or burning finish. Many people actually enjoy sipping aged rums straight as well as in fine cocktails.

Flavored rums have been gaining incredible popularity. The flavored rum that everyone is probably most familiar with is Captain Morgan. Captain Morgan is slightly aged, up to a year, and then is flavored with a secret blend of Caribbean spices. There are a number of other flavored rums as well. most of which done with a simple infusion process by soaking fruits and spices in the rum to impart their flavor into the spirit. Some flavored rums like Malibu are made by blending a light rum with a flavored liqueur. Sometimes this does lead the rum to become a liqueur depending on the final sugar content. Kahlua, for instance, uses a rum base.

Different regions, of course, produce their own styles of rums as well. Rums are made everywhere, from Asia to Australia to Africa. The majority of rum is made in the Caribbean and Central America. Cachaça, Brazilian rum, is actually the national spirit of Brazil. It is made from the juice of the sugar cane and is typically unaged. Some rums use molasses while others use fresh sugar cane juice or syrup of the sugar cane. Each style and technique bringing a very different style of sweetness to the rum.

Whatever style of rum you like best I encourage you to experiment and expand your palette. When I started drinking rum I was like most people, drinking a simple rum and coke, either with Bacardi or Captain Morgan. Then one day I had a Dark and Stormy. I immediately asked what rum they used as it wasn't very sweet or spicy. It was mature. These days I will sip on a glass of Appleton or Pyrat either neat or with ice. That said if someone wants to drink a Malibu Bay Breeze made extra sweet I will smile and make it, as it's exactly what they want at that moment in their life.

"Is the glass half full or half empty? It depends on whether you're pouring or drinking."
- Bill Cosby
Posted by bootslof at 12:24 PM