This is going to be a series of posts about how to start sampling different types of spirits if you are a beginner drinker. What's the difference between bourbon, scotch, and Irish whiskey. How is London dry gin different from American or Indian made gin? The best way to figure out what you like is to go out and try things. With so many options out there I thought it would be nice to give newbies a jumping-off point into their world of spirits. Today, I'm talking Tequila.

Tequila is actually a much bigger category than people give it credit. People are used to going out and seeing a bottle of Jose Cuervo and Patron on the shelf and that's it. There's a world beyond just those two. Patron has 9 different tequilas and a number of liqueurs as well. Jose has at least 6 varieties of tequila. Tequilas are aged and flavored and produced in a number of different styles. 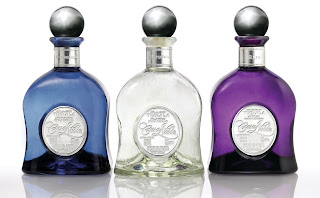 1. Casa Noble Blanco.
This is a personal favorite of many bartenders I know. You could certainly find a cheaper Blanco tequila, but I believe in paying credit where credit is due. This was introduced to me by a dear friend, Luciano. A lovely sweet note to this tequila comes through, it isn't harsh from the alcohol or smokey from any aging. It comes across as very pure. I see it as a fine standard of what a Blanco tequila ought to be. That being said, aged tequila ought to be held in high esteem too.
2. Cabo Wabo Reposado.
The reposado classification of tequila has always been an interesting middle ground. Anejo tequila has an aged nature and character to it, it feels mature, not so sweet and light. Reposado tequila is just rested. So it has a bit of complexity from a light nap in oak barrels but still is accessible to someone who likes the sweeter side. This allows reposado tequila to be a bit more versatile and I do see it a lot in a number of cocktail menus in order to try to appeal to anyone. Some would say jack of all trades master of none, but as anyone who has played a tabletop RPG knows, you sometimes need a jack of all trades.

There are many great aged tequilas out there. I chose the Patron Roca because it certainly does showcase an old-world technique and a fantastic aged quality. It is aged about 14 months in old bourbon barrels. It gains a rich earthy tone from the oak as well as the typical flavors of some vanilla and caramel. The longer aging leads to a delightful oak spice that really appeals to me as a whiskey drinker. Try this in an old fashioned. Seriously, it holds up.

4. Monte Alban Mezcal.
This is technically not tequila, it is mescal though. All tequila is mezcal, it is simply made in the tequila regions of Mexico. Mescals tend to much more earthy. They feel smokier, perhaps less filtered than what most people are used to in tequila. Also, I can't talk about tequila without talking about the worm. Yes, there is a worm in this bottle. It's a tradition. It's a sign of quality from back when you would check the proof of a spirit by dropping a worm (technically a moth larvae) into the bottle and make sure it died. If your spirit was too weak the worm would still be wriggling when it hit the bottom of the bottle. Now go on, drink it.


5? Jose Cuervo Gold.
Normally I stick to a 4 brand list here with a few special mentions. I think Jose gets such special mention it warrants a taste from a rookie so that they know it's not like any other tequila. It's a mixto tequila so it's only 51% tequila and it's a gold tequila so it's got other flavorings thrown in too. you can smell the difference. One should learn the full spectrum of tequila on the market. If you enjoy this, that's fine. I'll never tell a guest they're wrong to like something. But a clear comparison can be made.

"A man's got to believe in something. I believe I'll have another drink."
- W. C. Fields