Scotch is a very fun spirit, but one that isn't played with quite enough. There are a few staples and simple cocktails, but scotch is typically just drunk straight. This appeals to some bartenders, however. When something hasn't been tinkered with and probed and prodded with it's a chance for a bartender to actually do something fun and unique. 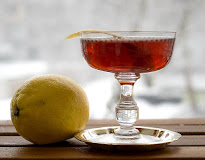 Rob Roy
2oz. Scotch whisky, 3/4oz. Sweet vermouth, 2 dashes Angostura Bitters
Add all the ingredients to a mixing glass with ice. Stir the drink until chilled. Strain the drink into a cocktail glass. Garnish with a cherry
The Rob Roy in reality is just a Manhattan with scotch. which is partly what makes it such a good choice to be on my list of scotch cocktails. Some drinkers will also use orange bitters instead of Angostura. Others will use a twist of lemon or orange to garnish. The drink is named after a popular Scottish folk hero, Robert Roy Macgregor, a sort of Scottish Robin Hood, who was actually portrayed by Liam Neeson. 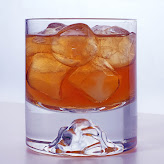 Godfather
1 1/2 oz. Scotch, 3/4 oz. Amaretto
In a rocks glass, add the scotch, and then the amaretto with ice.
This drink has a fun history. The drink is named after the great film but did technically exist before that as a "scotch and amaretto". People found that the drink perfectly represented the film and the mafia. Scotch has always been based on a warrior culture. Amaretto is an Italian liquor that has strong ties to love and family. The warrior and the family man was what the godfather represented. It's also the combination of my two favorite sipping spirits.

Blood and Sand
3/4oz. Scotch, 3/4oz. Sweet vermouth, 3/4oz. Cherry Heering, 3/4oz. OJ
In a mixing glass add the ingredients. Add ice and shake. Strain the contents into a cocktail glass. Garnish with an orange twist or cherry
The recipe for the Blood and Sand first appeared in print in Harry Craddock’s 1930 The Savoy Cocktail Book. It's actually a pretty unique combination of ingredients. 3 very different spirits and one juice in equal proportions form an odd blend of fruity and smokey. I will yield, the first time I tried this drink I didn't like it. There seemed to be too many elements that should've been in conflict. Mastery of this drink really does show a great deal of knowledge and balance on a bartender's part.
Sin Cyn
1 oz. Scotch, 1 oz. Cynar, 1 oz. Sweet Vermouth
Add all the ingredients to a mixing glass with ice. Stir the drink until well chilled. Strain the drink into a chilled cocktail glass. Garnish with a cherry.
This is a pretty modern drink you can find at the red owl tavern in Philadelphia. It's sort of a spin on the boulevardier, being bourbon, Campari, and sweet vermouth. This uses scotch instead of bourbon and Cynar instead of Campari. It's quite a similar cocktail but a bit less sweet from the tweaks. Cynar is also an Italian bitter liqueur, but with a prominent flavor of the artichoke. It is actually produced by the same company that makes Campari.
Special mention to: Penicillin, Rusty Nail, Presbyterian, The Modern

“Scotch whisky is made from barley and the morning dew on angel's nipples.”
- Warren Ellis